A ‘Victorian Valhalla which combines the finest views of London…’
Sir John Betjeman, 1978. 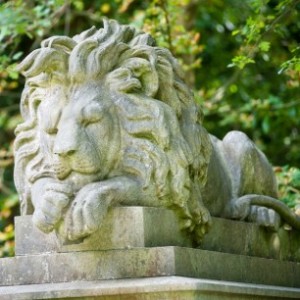 In early 19th-century London, many public cemeteries, some local government funded and others run for profit as joint stock companies, were established in order to solve the pressing need for burial sites. The steadily increasing population, the movement of people from the country to the city and deadly epidemics such as cholera meant that there were more bodies to bury. Cemeteries in churchyards could barely cope with the demand. Health and safety standards were being compromised to an horrific degree.

There were numerous reports of body snatching for anatomical study, burials so shallow that limbs loomed above the surface, disinterments making way for fresh corpses, the breaking up of corpses so they could be disposed of more easily and the trade in lead, firewood and nails from dug-up coffins. Some suspected that cholera epidemics were fuelled by careless burials and abandoned, putrefying bodies.

Highgate was one of the seven cemeteries operating for profit established, between 1833 and 1841, in the suburbs encircling London. The others were Kensal Green, West Norwood, Abney Park, Brompton, Nunhead and Tower Hamlets. In common with these cemeteries, Highgate provided an attractive, spacious and secure environment for respectful burials and monumental tributes. Imaginative landscaping, with serpentine and grid-like avenues; winding paths; ponds; an abundance of wildlife; and impeccably kept lawns were incorporated into these heavenly sites. Hence the cemeteries were (and still are) regarded as public amenities for promenade, reflection and repose, gated gardens of Eden amidst suburban sprawl.

Opened in 1839, Highgate was considered an especially innovative elysian marvel – London’s equivalent of Père Lachaise, with the advantage over its Parisian rival of having sensational panoramic views.  It was built on 17 acres of the former estate of Sir William Ashurst, once an MP and Lord Mayor of London. Most of the site was consecrated by the Bishop of London. In 1854, to cope with the rising demand for burial space, a 20-acre extension opened.  Highgate proved to be an exceptionally fashionable place to rest souls and bodies.

Though broadly speaking the predominant architectural and sculptural style at Highgate reflects the Gothic, the Romantic and the Classical, in time it’s likely that modern funerary sculpture will become more prevalent. One example is that created by the painter and printmaker Patrick Caulfield (1936–2005) for his own grave: a near right-angle-shaped stark granite slab, with a stepped right side with the letters ‘D’, ‘E’, ‘A’, ‘D’ incorporated into each rise. A rectangular stone slab decorated in the style of a Penguin book-cover marks Jim Stanford Horn’s grave. The man must have loved Penguin books, but, alas, I cannot find out more about him.

Architect and civil engineer, Stephen Geary, undertook most of the design of Highgate Cemetery.  David Ramsey, a landscape gardener, and J.B. Bunning, an architect, also helped to transform the land. Geary was not averse to combining contrasting architectural styles. His chapels at the entrance feature stained glass pointed windows, vaulted ceilings, steep gables, spiral stairs, and a profusion of pinnacles to satisfy romantic demands. Yet the layout is symmetrical, ‘classical’; chapels are linked through a centralized arched gatehouse.

There are also quite extravagant Egyptian influences. Up the hill in the Western section (the original part) lies the Egyptian Avenue, its entrance is an arch flanked by obelisks and columns. The Avenue is lined with brick walled vaults, and directs us to the Cedar of Lebanon catacombs, so called because they encircle a 320-year-old cedar of Lebanon tree.  This area is dug deep into the hillside. The Egyptian style, characterized by obelisks, sphinxes, pylons, and lotus, palm, and papyrus columns with intricately incised reliefs, was in vogue for mortuary art in the early 19th century. It was inspired by the well-known Egyptian monuments, the tombs, made familiar during the Egyptian and Syrian campaigns in the Napoleonic wars. Beyond this is a Gothic-style terrace; its 80-yard frontage of catacombs has room for 825 bodies in 55 vaults.

One especially remarked-upon building in the cemetery is the towering mausoleum of the financier and newspaper proprietor of The Observer and The Sunday Times, Julius Beer. Inspired by one of the Seven Wonders of the World, the Mausoleum of Halicarnassus, this was designed (1876) by J. Oldrid Scott (1841–1913), son of the prominent architect Sir George Gilbert Scott. Oldrid Scott was the architect of many churches throughout Britain, most notably St Sophia’s Cathedral, the Greek Orthodox Church in Bayswater, London. The mausoleum is perhaps the largest and grandest monument in Highgate Cemetery, with a pyramidal roof, rusticated quoins, gilded mosaic dome and ceramic tiles lining the walls. The statuary is by Hugh Armstead, who also worked on the Albert Memorial. His most notable contribution is a relief showing a child being raised by an angel. The building is widely perceived as Beer’s attempt to excite the respect and awe that he felt had been denied to him publicly in his life because he was Jewish and a ‘tradesman’.

In time funereal ritual became more subdued and private; large plots for burial, necessitating laborious maintenance, were no longer coveted. Families died out or moved away. Grave maintenance became a relatively minor priority during and after the two world wars. Groundsmen and gardeners were harder to find. The owners of Highgate began to find it increasingly difficult to make ends meet.

The self-seeding trees lacked restraint, shrubs grew rapidly, and undergrowth began to creep up upon and engulf the stone tributes to the dead, many of which fell into disrepair. Vandals came and went unabated, attracted by the silence of the dead, who could never be called to the witness box. The cemetery was dying. Stories surfaced about voodoo, witchcraft and occultism being practised among the ruins.

Fortunately, through a quite bureaucratic arrangement,  a group of local people (the Friends of Highgate Cemetery), supported by the Highgate Society, the National Trust, the Historic Buildings Council and the Victorian Society, were able to purchase the cemetery for £50 in 1975. Thus began the slow process of preservation, conservation and restoration.

Trees have been felled, especially sycamores as their heavy shade destroys or discourages other plants. Wildflowers and animals – birds, foxes, badgers and hedgehogs – are encouraged to live at Highgate and the views can once again be appreciated.  The Friends are certainly not contriving to create a pristine landscape but rather a haven with an evocative sense of gentle gloom and mystery. English Heritage has listed Highgate as a Grade I Park and Garden.

The cemetery is familiar in everyday culture. For example, novels written by Audrey Niffenegger’s (Her Fearful Symmetry) and Tracy Chevalier (Falling Angels) are set in and around the cemetery. One of the most heavily subscribed tours given by the Royal Academy is that of Highgate Cemetery.

Visiting the cemetery is a pleasure. We do not feel oppressed by the solemnity of death as we stroll and reflect, but rather enthused with a sense of tranquillity. We are moved to accept the inevitability of our own mortality, the natural course of life. I recall reading that a nun once commented to John Betjeman that ‘death for her would be a happy experience “like packing up one’s books at the end of term”’.

Burial at Highgate is still possible. Plots cost anywhere between £8000 and £100,000 depending on siting. Cremated remains may be buried for about £1000. There is no crematorium at Highgate (most bodies are now cremated). Burials are far fewer than in the late 19th century when an average of 30 burials a day occurred; that of Tom Sayers, a well-known pugilist, was reportedly attended by over 10,000 mourners.

This article first appeared in Cassone: The International Online Magazine of Art and Art Books in the March 2014 issue.