Architecture – The Whole Story is an ambitious global overview of how mankind has negotiated its space since Neolithic times. There are ample references detailing how architecture of the past has inspired architects in later periods and how cross cultural fertilisation has affected the development of architecture. 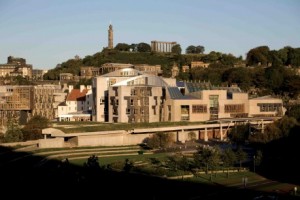 Refreshingly, the book is not theoretical or couched in jargon.  One can easily grasp the basics. What also feeds the book’s well-rounded approach is that, as Denna Jones, the general editor, emphasises, it features good ordinary buildings, not only the sublimely photogenic.

The publication is organised chronologically into sectioned chapters: geographical, religious, stylistic, movement oriented, vernacular and environmental contexts are explored. For example, the first chapter, Neolithic to 900 AD, includes sections about the Ancient Greek and Achaemenid periods, and Japanese and Early Islamic architecture. In the following chapter. For 900 – 1400AD, there are sections on the Caliphate and Cathedral architecture, and the Romanesque. In the final chapter, such subjects as Neo-Rationalism, Additions, Tall Towers and Digital Architecture are examined. At the beginning of the introduction to each section there is a time line of related Key Events. For example, in Regional Revival, the time line marks 1983 as when ‘Kenneth Frampton’s Towards a Critical Regionalism calls for modern architecture tempered by geographical context.’

Two or three features about different buildings exemplifying the section’s subject matter usually follow each introduction. Sometimes these include profiles of architects, not necessarily well known, such as Peter Parler (1330–99) and his family and Walter Netsch (1920–2008). Boxed paragraphs detail related or indirectly related topics. For instance, there is a box about Contemporary Achaemenid in the feature about the palatial complex in Apadana, Persepolis, Iran, 6th–5th centuries BC. ‘Focal points’ of construction are highlighted with brief captions. As not all the information is contained in a meaty text, but rather linked to the over 1000 colour illustrations, interest never wanes.

The fact that architectural movements and styles are not explored within the confines of one section but rather approached from different angles gives ‘the story’ that much more depth. Sections on ‘Early Modern’, ‘Tropical Modernism’, ‘Early Organic’, ‘New Organic’ and the ‘Late International Style’ all contribute to an understanding of modernist architecture, for instance.

Aspects of architecture are not stereotyped, and unlikely to be as 41 contributors have written the sections, and none of the contributions have an opinionated air. Unusually for a reference book there is a slight but charming quirk (forgive the pun) or two. When describing Eero Saarinen’s TWA terminal at Kennedy Airport – sweeping barrel vaults in poured concrete – John Zukowski concludes: ‘In the words of a taxi driver quoted in 1963, “This is not just a building Mac. It’s a feeling. You get inside and you feel like you’re floating”.’

Nonetheless, although the book is an impressive endeavour, it has its faults. Architectural infrastructure, such as bridges, aqueducts, health and sports facilities, deserves more narrative. Some sections are more enlightening and accessible than others, such as the contributions from John Zukowski. Katya Tylevich’s essay on Brutalism, not always so clearly understood, traces its roots, ideals, symbols, and characteristics with well-chosen designs and great clarity. Denna Jones’s essays on the vernacular and Structuralism are especially informative and well written. I am left with a feeling of wanting more from one contributor and less from another because some of the writing is dry and some authors tend to use three words instead of one.

In some instances I was frustrated by repetition, although if one peruses the book for specific referencing or ‘dips into it’ this should be acceptable. Alas, cross-referencing is not thorough. For example, on page 447, the work of the Egyptian architect Hassan Fathy (1900–89) is briefly discussed, but there are no references to the lengthy discussions of his work in an earlier section on ‘Contemporary Islamic’ architecture. Why is ‘vernacular’ so well defined on page 549 and not previously?

I would have appreciated detailed contents in order to assess the overview at a glance. The inclusion of maps (pull out?) marking the structures featured in each chapter would have elucidated within certain time periods where various movements and styles were most prominent. The index is too restricted for detailed research. The mere three-page glossary is disappointing given the scope of the book. What were the criteria for including a term? Why are arch and keystone included and not apse and hypostyle? The more esoteric terms could have been defined and the more familiar excluded; and ‘suggestions for further reading’ or a bibliography could have noted Penguin’s superlative Dictionary of Architecture and Landscape as an aid to understanding terms. There are no such lists, however, and the sources for quotes should not be the only references for further reading.  These worrying points could easily be rectified in the second edition.

The book will appeal to those with an academic as well as an informed general interest in architectural history. It is competitively priced, and manageable; the ‘story’ is neatly packed in 576 pages encased in a glossy laminated cover. The layout is consistent and not cramped. The publication is the latest volume in Thames & Hudson’s Whole Story series, which thus far covers art, cinema, fashion and photography.

The photograph is of the Scottish Parliament, © Karl Blackwell.

This review first appeared in Cassone: The International Online Magazine of Art and Art Books in the October 2014 issue.